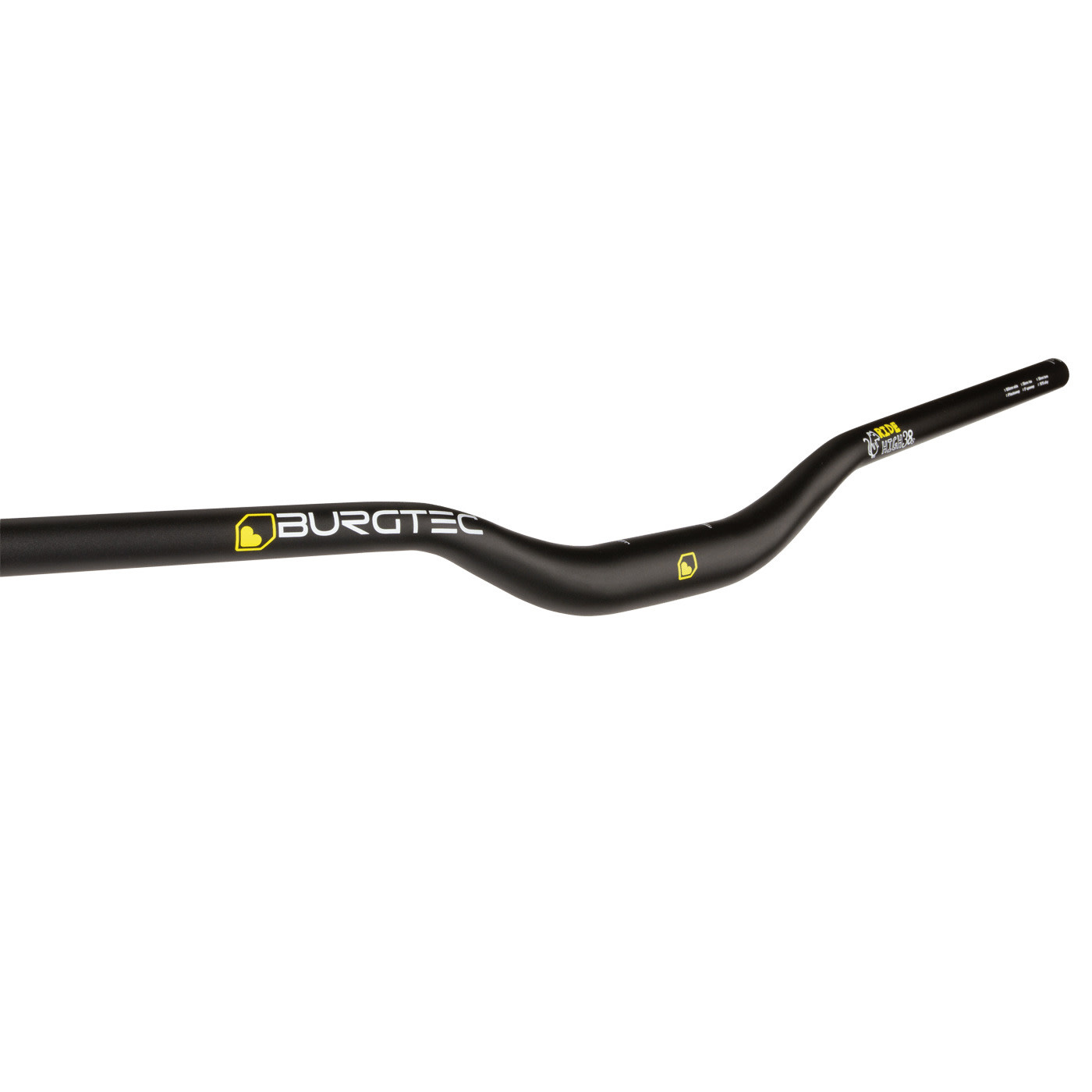 Josh loved the sweep and rise of the Ride Wide Bars but asked us to make him something a bit higher. The Rat isn’t one of those guys that’s ‘crazy’ on setup, but he knows what he wants.

Back in 2018 Josh’s idea was for something more versatile that he could use on all his bikes. After testing various prototypes, he finally narrowed it down to a 38mm rise bar, the perfect sweet spot. The first material thought was Carbon but after getting to ride various Alloy prototypes he just got more comfortable on Alloy.

So, the 38mm “Ride High” was born. The same unsurpassed comfort and durability as all of the Ride Wide range, but just a little Higher.

It’s fair to say high rise bars have taken a back seat over the last decade much in part to the increasing wheel sizes pushing up front ends of bikes and riders trying to match their previous riding positions.

After first coming to us a little over 3 years ago and deciding on the 38mm rise bar Josh wanted to quite literally raise the bar once again.

We’d previously prototyped the 50mm bar alongside the 38s but at the time just felt they looked out of place. With more riders moving towards 29ers we felt the market just wasn’t ready for them.

Josh quickly adapted to the 38s but still felt he was running a lot of stack on his bikes. So with more frequency he was popping in to Burgtec HQ asking if we had any of 50mm rise bars left.

In the end, we ran out of prototype bars and Rats a very persuasive guy so we just decided to go into production with the 50s.

For Josh, he loves how the higher rise allows for more manoeuvrability as well as getting rid of the excess stack height.

Plus, being a taller rider, they keep his weight where he wants it and freely admits “it’s easier on my back”.

The bars are a natural fit for Jump bikes but as Josh and the boys show they are equally at home on bigger travel trail bikes too.